A performance where the performer is controlled by audience member through videogame interface. Performance took place at Railway Square in Helsinki in April 2022.

The gamer is seated in a separate room and gets to play with the character of Franz Woyzeck, played by a performer, who lives in a glass terrarium. In the game, the task is to take care, go through everyday life while the audience watch along.

The interactive experiment fuses together performance, video game, installation and public space. The performance suggests a participatory, active and reality-shaping role for theater as a place for community rethinking themselves and their relation to power and structures.

I did the coding for the game using Twine -text based game engine. The main struggle was to implement the sounds in to the game using quite unsophisticated audio interface inside the Twine, so I ended up playing most of the sounds and music live using Ableton Live. There is four different levels the player can play and all levels had different soundscapes. My main inspiration for the sound design was UI (user interface) sounds – sound is usually used to enhance something important that happens between the user and the system. 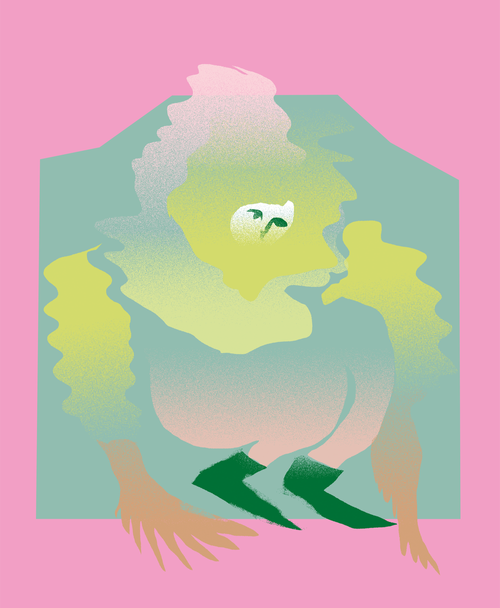 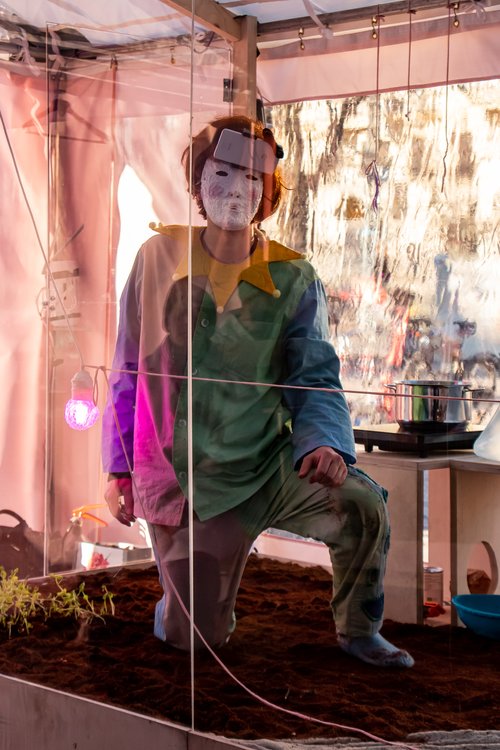 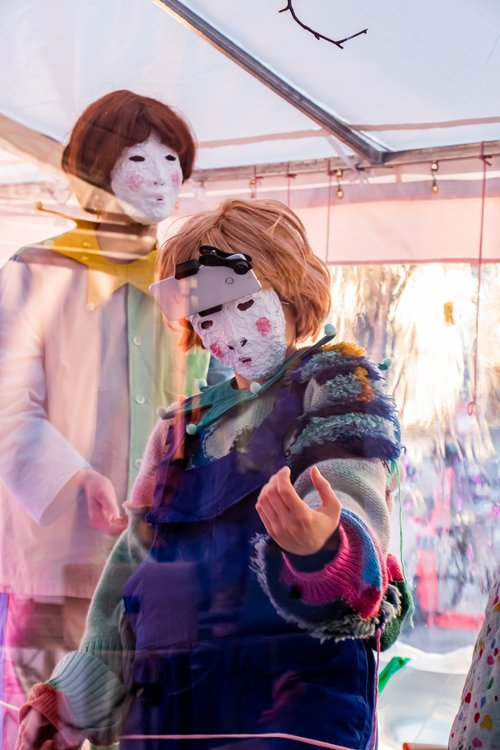 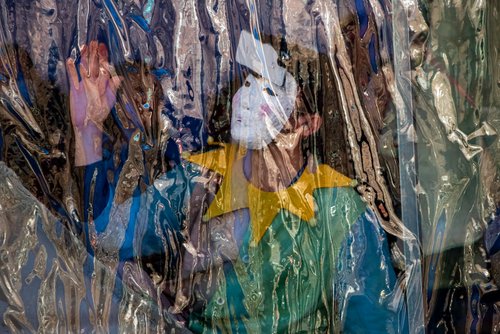 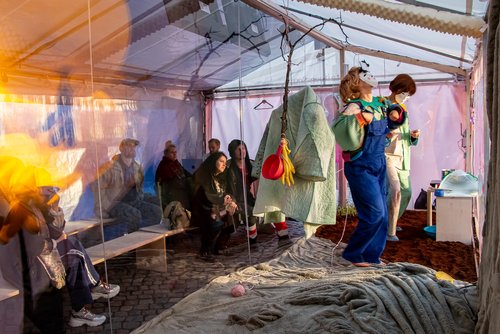 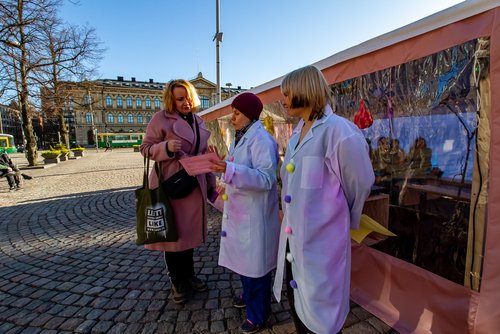 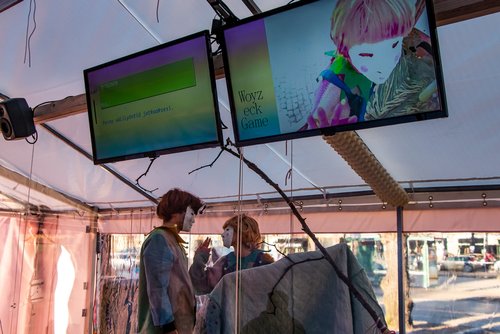 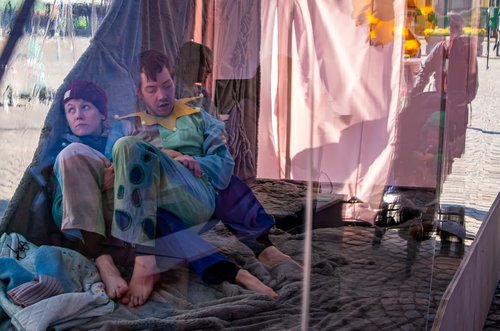