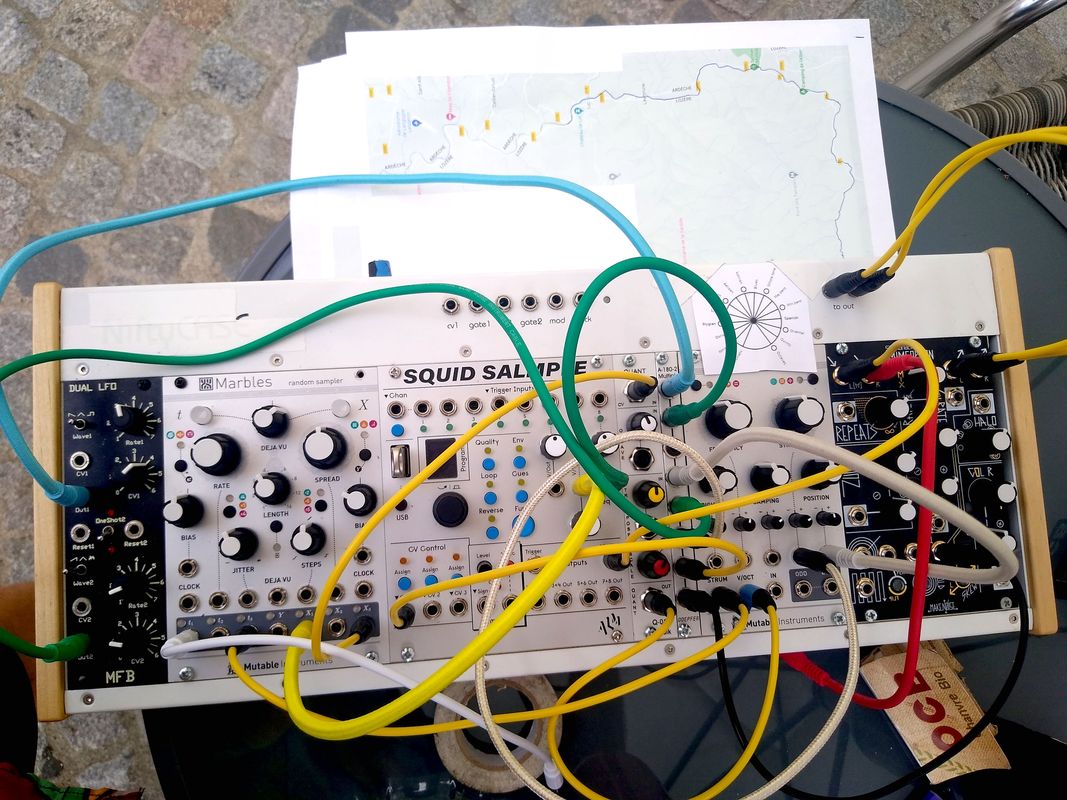 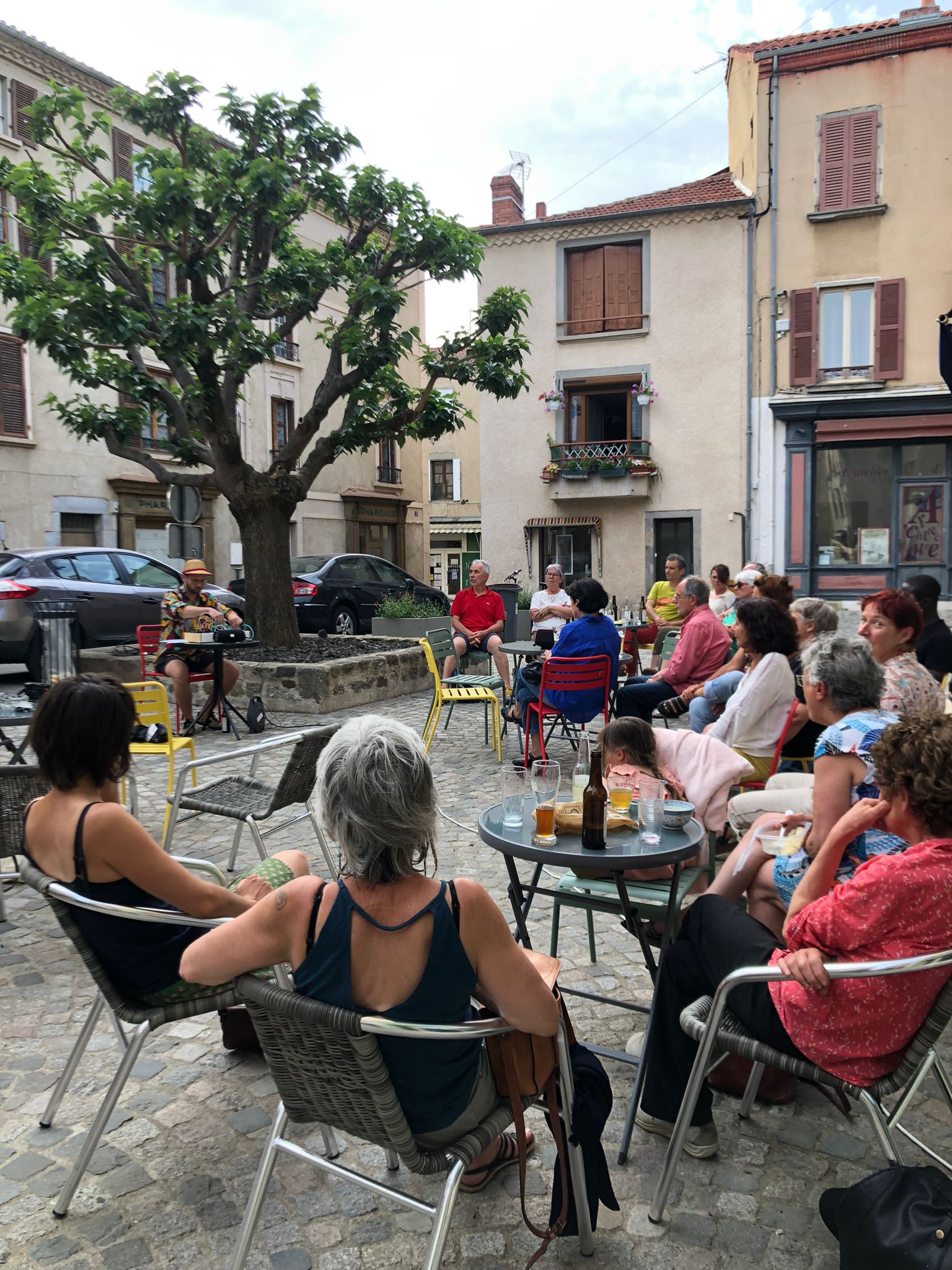 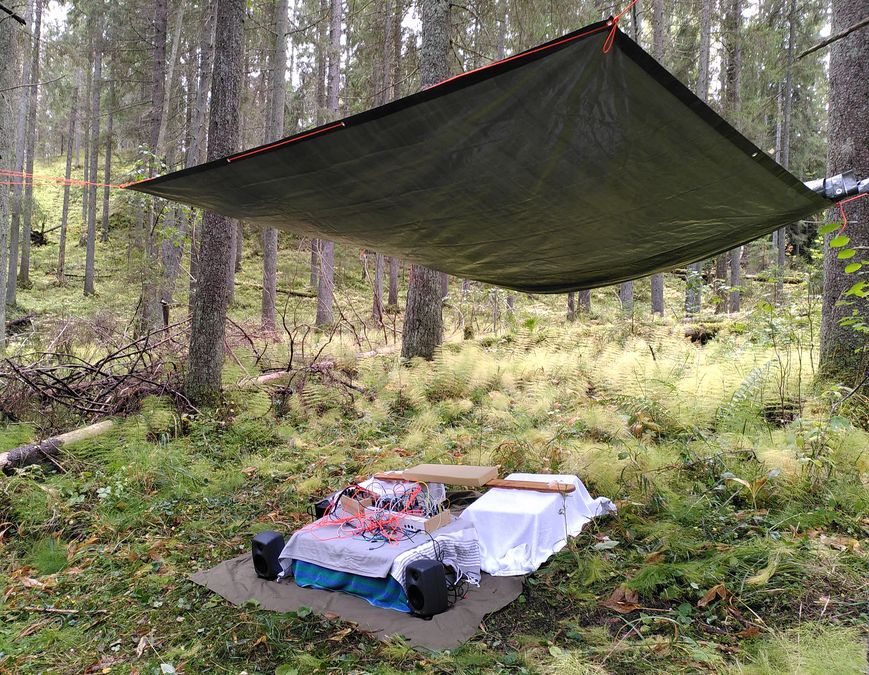 Modulating spaces -series is based on the site specific sounds combined with a modular
synthesiser. The project deals with the occurring events of the environment and extends
also to site specific historical events and social relations of the space.

The project started in May 2022 in Langeac, South France, where I was in an art residency
for a week. I got inspired by the local river Allier, which flows through the city. I recorded the
sounds of the river and river bank and also the surroundings. Then imported the sounds into
the modular synthesiser system using a sampler, and then tweaked and modulated the field
recordings with different parameters – for example slowing down, speeding up, chopping and
reversing them. Then I combined the sounds with an electronic ring modulator, which
brought some tonality to the overall sound. I had a concert in the village Langeac for local
people. I had printed the map of the river, and used it as a notation for the improvised
concert – starting from the spring of the river and ending in Langeac.

The series had a second outcome in September 2022 when I performed in performance artist
Eero Yli-Vakkuri’s performance about forest spring. The performance took place in
Sipoonkorpi. This time I used the sounds of the spring and used the imaginary underground
way of the water until it comes out from the ground as an inspiration for the improvisation.

Currently I continue working with the project in different environments. I think the water
has turned out to be the key element in the previous concerts, but I am still not sure if it is
necessary and I will also try different approaches.

My main interest now is to study how time and space affects the improvisational aesthetics. I
want to reduce the influence of the chronological time window, which dictates when the performance is
happening and how long it is going to be. The main idea is to tap into the rhythm of the place where the
concert is being held. I play as long as necessary, for me, the environment and the time
itself. I also get the inspiration of astronomical time concepts, lunar and solar cycles, and
currently the time concept of Kairos is one of the important inspirational elements of my work.